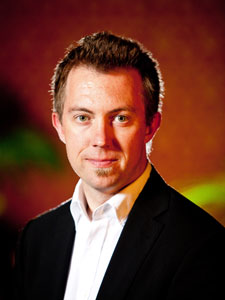 Jason Isaac is one of Sydney’s most versatile musicians. He has been playing professionally across a broad range of styles since he was 17 and brings a unique approach to any musical situation. He holds a Bachelor of Music in Performance and a Diploma of Music in Jazz Performance from the Sydney Conservatorium, where he studied with Judy Bailey, Dale Barlow, Craig Scott, Bill Motzing and Andrew Dickeson; as well as principal players from the Sydney Symphony and Australian Opera and Ballet Orchestras. Jason has also studied in the US and Europe, and performed in masterclasses with international soloists and Jazz luminaries.

Jason has toured extensively, both regionally and internationally and has performed in over 20 countries. In 1999 he travelled to Russia, Finland and Estonia as soloist with the SBS Radio and Television Youth Orchestra, and has been broadcast on ABC ClassicFM, Finnish National Radio, Chinese National Television, Channels 10, 9 & 7, the ABC and the SBS television networks in Australia.

Jason’s work as a musical director, conductor and drummer has seen him lead groups in performances at the Sydney Opera House, Sydney Town Hall, and Sydney Entertainment Centre, as well as at many music festivals in Australia and overseas. He performs and records regularly as a drummer and musical director throughout both in Australia and abroad, and holds a BMus(Perf) and a DipMus(Jazz) from the Sydney Conservatorium.