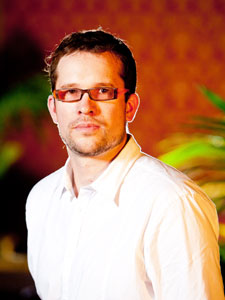 NICK SOUTHCOTT is one of the most skilled and versatile musicians on the Sydney scene today – greatly in demand across the jazz, latin, and funk/soul fields. His rare blend of groove and swing, complemented by a love of latin music, has led him to develop a unique sound that sits comfortably backing a solo vocalist, swinging hard in a trio, or working with an 18 piece Big Band.

Nick is a past winner of the Musicoz awards (2001, Jazz section) and has worked with the likes of Emma Pask, John Morrison’s Swing City, Club Havana, Latin big band Mucho Mambo, (with James Morrison and Monica Trapaga)and toured the north of Australia for Musica Viva. He also held a residency at the Tokyo Hilton, St Georges Bar (June-Dec 2004). Nick has studied with some of the greats of Australian jazz including Judy Bailey, Mike Nock, Paul MacNamara and the late great Roger Frampton, and classical piano with Elisabeth Green and Ransford Elsley.