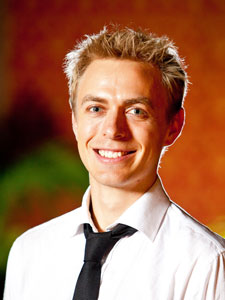 TOM ABBOTT hails from Armidale NSW and began his musical career on the regional tablelands, with local jazz quintet Alias J. After being awarded scholarships to study jazz at Sydney Conservatorium of Music, and then The Royal Academy of Music in London; he was trained by some of the finest jazz educators in Australia & the UK.

He has also worked with Britain’s National Youth Jazz Orchestra (NYJO) while studying under Stan Sulzmann & Iain Ballamy in the UK, and performed in venues from Cuba to Vietnam; including a slot at the London International Jazz Festival with the Stan Sulzmann Big Band.